A History of Humanity's Fast-Changing Relationship With Climate and Weather 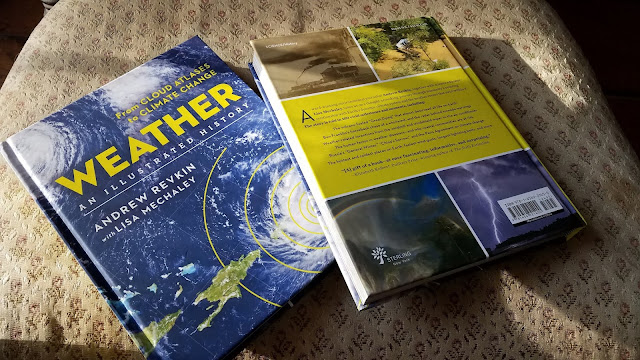 In May, 2018, Sterling Publishing released my fourth book, this one written with Lisa Mechaley, a longtime environmental educator (and, yes, we are married).

Its title is simple: "Weather: An Illustrated History, from Cloud Atlases to Climate Change." But the lushly illustrated volume charts something wondrous, complicated, dangerous and in a rapid state of change -- humanity's evolving relationship with the climate system and the meteorological events that unfold within it.

Reviewers have loved the book, which was described as "fascinating" and "beautifully illustrated" by Jason Samenow, the Washington Post's weather editor and Capital Weather Gang founder.

On Science Friday, Ira Flatow said this "great book" "condenses the vast range of Earth’s climate history into a digestible timeline of 100 weather related events, like the invention of temperature. Yes, temperature had to be invented, not discovered. Think about that."

"You’d be hard-pressed to find a more addictive romp through the story of Earth’s atmosphere, wrote Bob Henson of Wunderground, the popular weather website.

Here's a tour. The history is told in 100 "moments," starting with the emerging picture of how Earth got its atmosphere, 4.567 billion years ago, to projections of the climate 100,000 years from now -- a climate that science shows will almost assuredly have some imprint of humanity's 21st-century growth spurt.

Some of the mini chapters are straightforward -- as with the highest wind speed registered by people (yes, Mount Washington). There's a chilling account of America's most devastating wildfire -- the Peshtigo Fire in Wisconsin in 1871 -- largely obscured from history because the Great Chicago Fire erupted at the same time.

But for most of the items, we focused on milestones when a critical scientific insight emerged or turning point was reached. 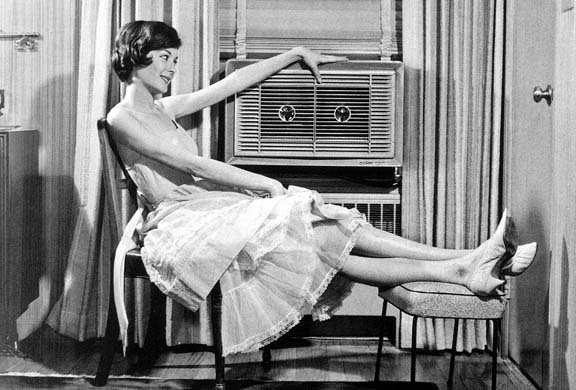 That's why the invention of air conditioning in 1902 is here, along with several of the vital insights that together show we've become the first sentient species (on this planet at least) to turn the tables and begin changing the climate that, for so many millenniums, changed us.

Humans started out doing this unwittingly, as heat-trapping emissions attending the "great acceleration" of agriculture and then industry changed the energy balance of the system. Now climate and ocean science makes clear that human-driven global warming is under way, with profound long-term consequences but more than enough near-term natural variability to distract and divide us. Indeed, another body of behavioral and social science reveals it's normal for camps among us to have divergent reactions and prescriptions.

I began my reporting journey covering climate change science and policy back in 1988, so long ago that the prize-winning science magazine that had my global warming story on the cover had a cigarette ad on the back:

The biggest moment in the book encompasses the full story line. Through nearly all human history, written and unwritten, our relationship with the elements ran in one direction. Weather and climate jolted or shifted and we either adapted, moved or perished. Whether we like it or not, we are now in a two-way relationship with climate.

At some point, we will almost assuredly move from unintended global warming to climate by design -- endeavoring to manage the climate system just as some have tried, and mostly failed, to control weather. I've written quite a bit about that concept, which I call "climate by design." Of course any prediction that we will manage the climate presumes we are capable of managing ourselves.

We've been doing remarkably well so far, mainly thanks to the invention of the scientific process and the innovative and entrepreneurial traits that turn revelations into revolutions. But science has also revealed some of Homo sapiens' troubling blind spots -- particularly when facing consequential risks shrouded in uncertainty and discounted because of long time scales.

Something else is already clear. The human-driven changes already in motion on Earth are guaranteed to leave a signature of carbon, metals and isotopes that will be etched in layered rock for millions of years to come -- potentially creating our own geological epoch, the Anthropocene. That requires an entire book of its own (I played a role in the emergence of this concept) and is just one of many other milestones and moments that we couldn't fit in.

We'd love to hear about your experiences with weather and thoughts on the past and future of this human-climate dance. Email: weather+revkin@gmail.com.